For a variety of reasons, breeding dog siblings may be quite harmful. Unfortunately, this makes it dangerous, and you should avoid it if you wish to ethically breed your dogs to create a healthy lineage of puppies with few health issues.

Breeding dogs is not something that should be done on a regular basis, and it should only be done if a certain dog breed is in limited supply in your region. There are so many homeless dogs available for adoption, and shelters are regularly overflowing with adoptable pets.

This post is for you if you want to understand more about the ethics of breeding dog siblings and what you should do instead.

Inbreeding, also known as linebreeding, is the word used when animals with similar genetic features, such as mother and child or siblings, mate. Because they have the same parents, closely related animals, such as dog siblings, share many identical genes. Mating two closely related animals can reinforce certain positive characteristics, which is why breeders do it, or it can bring out dog inbreeding problems like physical deformities or illness, which is why breeders do it.

When breeders want to be more likely to assure that the offspring will have specific physical traits, such as a certain coat color or ear shape, they may occasionally breed closely related animals, such as brother and sister dogs. Even well-managed brother and sister breeding, on the other hand, might generate issues.

Linebreeding two closely related animals is far more likely than breeding animals that are not closely linked to achieve the desired genetic features. Inbreeding, on the other hand, diminishes genetic variety, which can lead to unfavorable features. In fact, it was thought that King Tutankhamen’s physical abnormalities and illnesses were caused by his parents’ relationship.

Inbreeding consequences in dogs, such as lower immune systems and increased autoimmune illnesses, have been seen by breeders who have bred siblings together. Inbred dogs appear to be more susceptible to common illnesses, such as colds, than other dogs. Other disadvantages of sibling breeding include the kids being more violent and less clever.

When breeders wish to preserve a dog’s characteristics “true,” that is, they want all Great Danes to appear the same, they must supply greater genetic variety by marrying dogs of the same breed but not from the same parents.

Because there isn’t enough good genetic material to avoid the flaw in each generation, if dogs with a genetic fault are mated with other dogs with the same genetic deficiency, the progeny will have the same problem. Great Danes, for example, are genetically predisposed to a disease known as bloat, which shortens their lifespan. If you want to breed any dogs, whether related or not, you should get their genetics checked to ensure that a negative recessive trait does not become dominant in subsequent generations.

The Safety and Ethics Behind Breeding Dog Siblings

The danger of mating a brother and sister dog together is mostly due to the long-term hazards and issues associated with inbred litters. Even though none of the dog siblings has any current health difficulties, the abnormal genetic material might later produce indirect problems.

Certain dog breeds, such as the Labrador, require some degree of inbreeding to survive. Only experienced breeders with the talent and knowledge to do it right should do it, however many skilled and professional dog breeders will disagree with inbreeding, even if it is to conserve a pure lineage of dog breeds, and so will not seek to inbreed their dogs.

It is advisable to only breed dogs who do not have the same parent or ancestors and are not related by blood. In a four-generation pedigree, dogs that do not share the same genetic material guarantee that the genetics shared across litters are comparable, but not so close that the gene pool is reduced over time.

Unfortunately, when it comes to the consequences and morals of breeding with their blood, dogs do not have the same degree of mental maturity as people. As a result, even if it is inappropriate, male dogs will attempt to mate with their female sibling. As a result, it’s critical to separate the litter when all of the canines are sexually ready. It is a dog instinct that is seldom seen in the wild and is mostly seen in captivity due to human interference.

Why Should You Avoid Breeding Dog Siblings? Siblings in dogs are typically bred together to create offspring with known characteristics. Usually, it’s about one’s personality and looks. This is due to the parents’ beauty and health state, which is subsequently passed down through the generations through inbreeding. In principle, dog breeders working with siblings believe that by bringing these two genetically related canines together, the quality of their genetic lineage will be passed down to their children, resulting in a superior creature.

Because the parents are the same, dog siblings share more genetic material than two distantly related canines. The assumption is that by doing so, the lineage will be strengthened and homogenized features in dogs will be fixed, allowing specific qualities to be carried along to the next generation.

It is, however, wrong to believe that mating dog siblings has any benefit and that two identical dogs will create a flawless litter. To be honest, it’s the polar opposite, and there are several dangers to be aware of.

It’s All About Genetics

Even if two dog siblings appear to be healthy and have no negative characteristics, they will nonetheless be recessive allele carriers. Incest has been linked to serious health issues in dogs, including hip dysplasia, heart and liver disease, and neurological abnormalities. Deafness and blindness are also prevalent in same-gene litters, which occur when a person has two faulty copies of the same gene.

The issue with incestual dog breeding is that you can’t see the internal genetic material that’s hidden inside the two related dogs you’re planning to breed. These dogs are most likely to have the same different degrees of health concerns that haven’t manifested themselves yet because they come from the same litter. This is subsequently handed down to the children, who are forced to suffer as a result.

You are not only lowering the gene pool of that specific generation of dog, but you are also putting the following litter’s generation at danger for ostensibly human advantage. Incest dog breeders are mostly concerned with the financial aspect of producing high-quality incestual dog litters, with just a few focusing on preserving the pedigree history of certain dog breeds.

Many dog breeders may also find it simpler to breed two related dogs because they already have one in their possession, saving them money on the cost of purchasing a new high-quality dog to match with their preferred male or female dog.

When Is It Okay To Breed Dog Siblings?

It should be avoided in general. Breeding incestual dog litters may be undertaken by some very trained breeders, and this should be left to them. Many dog breeders do not have the financial means or the expertise to breed incestuous litters responsibly.

Keep in mind that these dog breeders will lose more money breeding dogs than they will make. This is due to the fact that they must do frequent genetic scans on each linked dog in order to have a basic understanding of the genetic material they will be breeding.

This is both important and expensive, since you’ll need to find a canine medical center to do these testing before ever trying to breed the related pair. Not only is there a danger, but the breeder must also test the children and stop the lineage if something is amiss. To start breeding a related pair of dogs, you’ll need two extremely healthy adults who have been bred and tested for genetic perfection. Inbreeding in dogs can take years to work, and the common breeder does not have the financial resources or the patience to wait.

In some dog breeds, such as Labradors and Pomeranians, expert dog incestual breeders primarily breed to establish pedigree and pure lineages. Even they have ethical misgivings about what they’re doing, and many would not advocate it to others.

Conclusion – will dogs try to mate with their siblings

We strongly advise against mating dogs that are related. There are just too many dangers and problems to exceed any benefits. It’s not worth the trouble and negative consequences for the breeder and future progeny. When you can locate a perfectly fit dog for you and your family at a shelter, there’s no reason to put pets through the problems of incest.

The assumption that breeding-related dogs produce superior and more expensive pups than mixed breeds persists, which is why so many breeders adopt this strategy to earn a quick profit. The truth, however, is significantly more convoluted.

can you breed dogs from the same bloodline

can you breed two dogs with the same sire

can you breed grandfather/granddaughter dogs

can you breed mother to son in dogs

how closely related can you breed dogs

You are looking for information, articles, knowledge about the topic How To Sell My Dog’s Sperm on Google 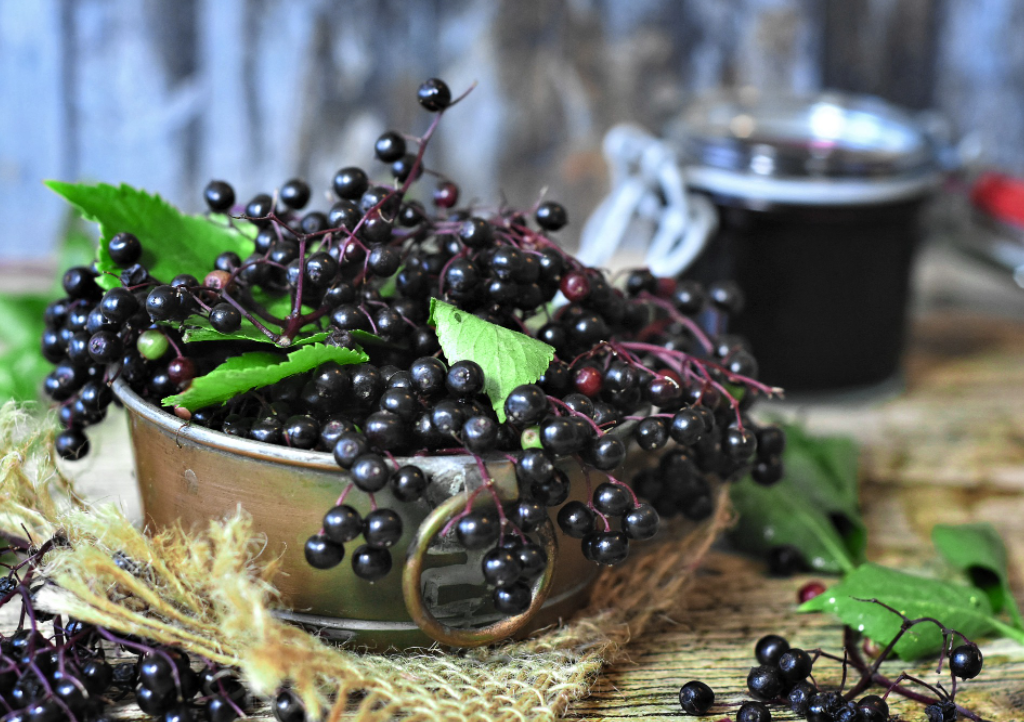 Can Dogs Eat Elderberry Gummies? Let’s start with a few basics. Do you know why dogs don’t have teeth? Well, it’s pretty simple. They don’t need any. And if that wasn’t enough, they’re not exactly known to be fond of chewing and eating things. And you can’t feed them an elderberry gummy every day and… You are looking for information, articles, knowledge about the topic How To Euthanize A Dog With Sleeping Pills on Google

You are looking for information, articles, knowledge about the topic Are Cottonelle Wipes Safe For Dogs on Google

You are looking for information, articles, knowledge about the topic How Much To Neuter A Dog At Petco on Google 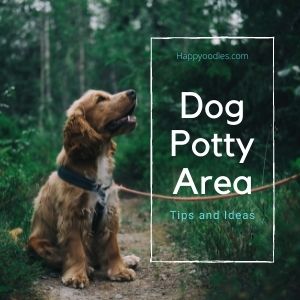 You are looking for information, articles, knowledge about the topic Covered Potty Area For Dogs on Google